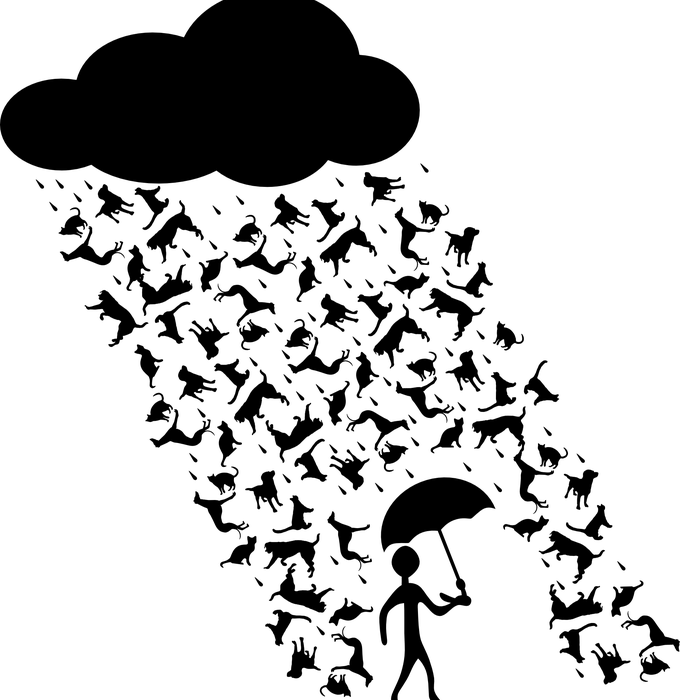 In English, there are words used that describe something that actually happened or will happen. In this case, we use the words literally.

Example:
While we were driving through Texas last week, we encountered a huge storm. The rain was pouring down on our car, and we couldn’t see a thing!

In this example, it was raining really hard, and the rain was pouring on the car, so the verb “pour down” was used literally. It is the original or actual meaning of the words.

Example:
While we were driving through Texas last week, we encountered a huge storm. It was raining cats and dogs, and we couldn’t see a thing.

In this example, cats and dogs were not falling out of the sky. However, we can infer (or guess) that it was raining hard because of the context, like “huge storm” and “we couldn’t see a thing.”

So the next time you see an idiom, or words whose meanings don’t seem close to their actual definitions, try to guess what the words mean figuratively by checking the context of the sentence.