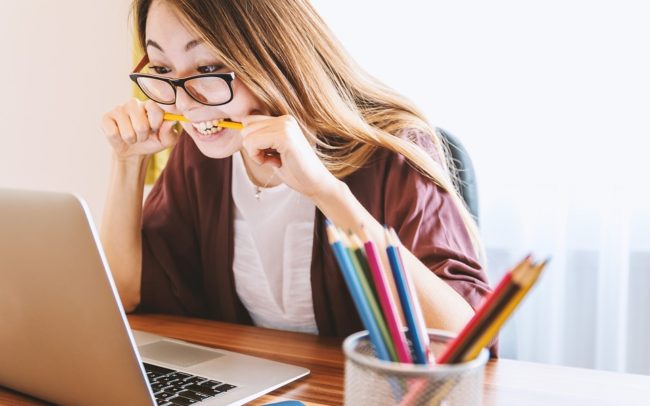 For international students pursuing higher education options in English-speaking countries, the above-mentioned question has undoubtedly crossed your mind.  TOEFL and IELTS (the academic version) are two of the most popular English proficiency exams accepted by most universities and colleges around the world.  Because both tests are so widely accepted and differ in so many ways, people often tend to get confused as to which is the better option for them.

To better understand which of these two is the better individual choice, let’s take a look at some of their quick facts in the chart below: 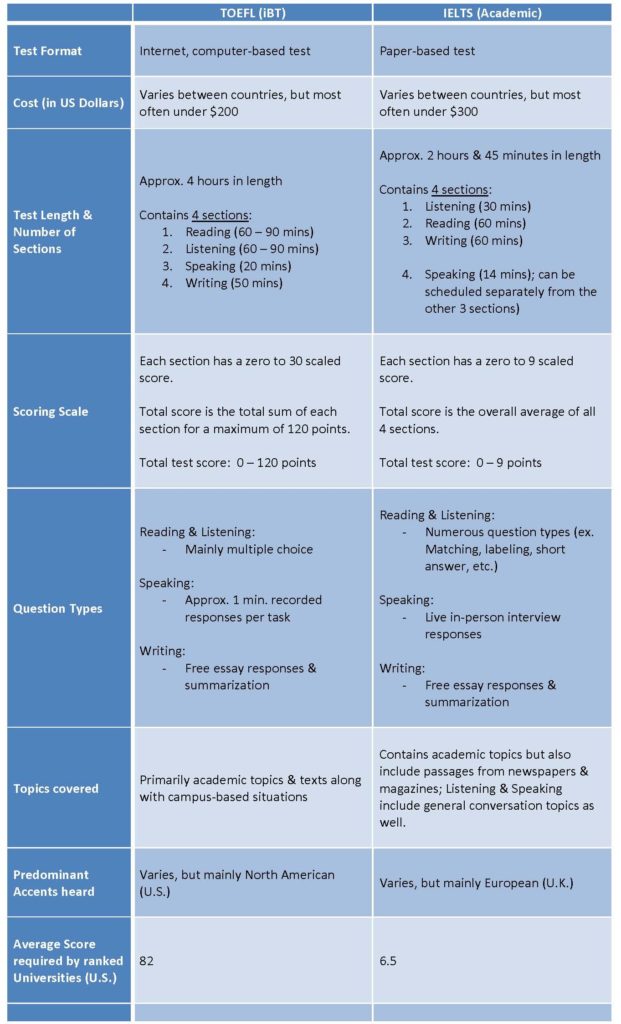 Now that we have some of the basic details for both TOEFL and IELTS, we need to ask ourselves the following questions when choosing between both:

Which test scores are accepted by most of my preferred schools?

Be sure to check which test scores are accepted by your preferred school(s).  Although both TOEFL and IELTS are commonly accepted by most schools, there are some that prefer one over the other.

Do I prefer multiple choice or free short answer questions?

A key difference between both tests is that TOEFL is mainly a multiple choice answer test.  This can be an advantage as most people consider the TOEFL as a “guess-friendly” exam.  Since there is no penalty for choosing an incorrect answer, there is always the possibility for guessing the correct choice.  In contrast, the IELTS has a much larger variety of tasks, many of which require free written answers to questions.  Some people prefer this as it is less restrictive and allows them to produce their own answers.

Do I prefer Academic or General English topics?

Although both exams highlight academic topics, the vast majority of TOEFL tasks revolve around academia.  In essence, TOEFL passages tend to be more technical in nature versus some of the more general and contemporary topics found in the IELTS.  In some ways, TOEFL can be more predictable due to its more technical nature.  By comparison, IELTS has a more real-world feel as passages are less restricted to academic topics.  This can be both an advantage and a disadvantage as real-world topics also open the door to the testing of implied meaning along with recognizing hidden nuances in the language.

Which Speaking Section do I prefer?

Perhaps the most definitive difference between both exams is in their Speaking Sections.  TOEFL speaking requires test-takers to record brief one minute answers into a headset.  Because all six TOEFL speaking tasks are fairly similar to one another, studying and practicing for this section is relatively easy and predictable.

On the other hand, the IELTS speaking section is administered in the format of a live person-to-person interview.  Because of its real-world aspect, conversations and tasks can be very dynamic and in some ways subjective.

As in all things, the choice between taking the TOEFL and taking the IELTS is simply a matter of personal preference.   First and foremost, consider which test plays more to your own natural strengths and personal inclinations.  If you are more of an analytical person, the predictable nature of TOEFL may be more for you.  If you tend to be more social and prefer conversations, then you may be more suited for IELTS.  In the end, the choice is yours.